This article describes all refund options that might occur during AVADA: SMS, Email Marketing use. This will help you decide which option you should or shouldn't choose in specific cases. 1. Refund on Dashboard at the end of Shopify Billing's cycle:This is a newly released feature of Shopify, which allows app providers to give merchants refunds within a mouse click.  Take a look at this example to know how this refund process works: 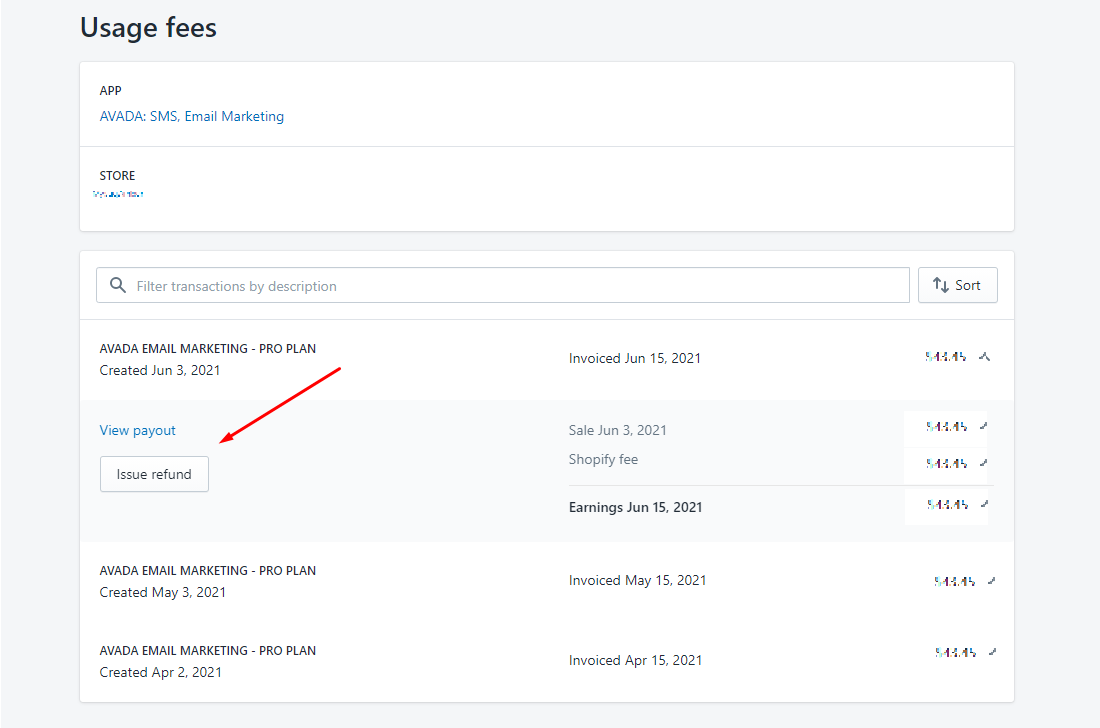 AVADA notifies Shopify so that they will charge merchants at the end of Shopify Billing's cycle, based on the date that merchants signed up for. It's Jul 15th in this case.  So, on Jul 15th, when merchants make a transaction to pay Shopify, and Shopify successfully charges merchants, AVADA can refund right away by clicking the "Issue refund" button. Merchants then receive money on their bank accounts.  2. Refund without waiting till the end of Shopify Billing's circle:In case merchants want to get a refund immediately, they can hit the "Pay bill" button at their end so that Shopify will charge them right away. It's only after Shopify collects money from the merchants' bank account, AVADA will have action to refund merchants. 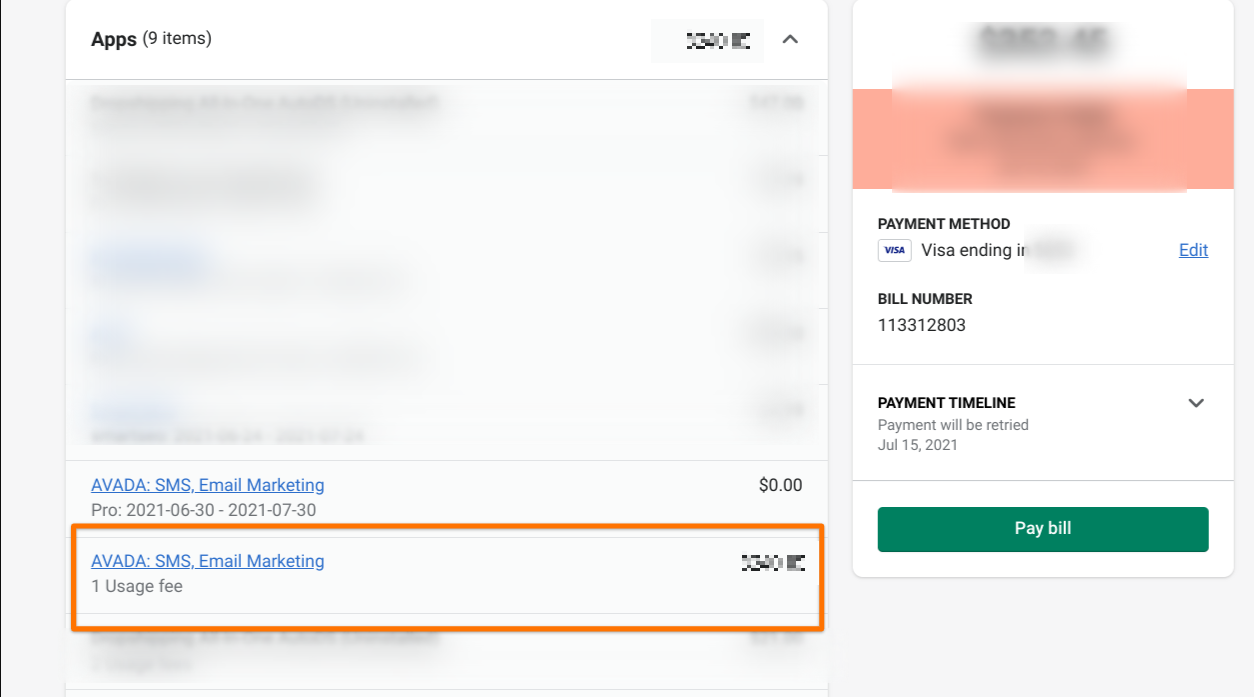 3. Refund as Credit (not advisable)AVADA can refund by adding credit to merchants' Shopify account. This will not cancel the charge, but it will credit the merchant for the amount of the charge. Merchants can use this amount of money to apply towards any future Shopify App Store purchases. This refund method is not advisable as it does not benefit both AVADA and the merchants: - Merchants will not get a refund directly to their bank accounts. The credits are in their Shopify account and can only be applied for future Shopify purchase. - AVAVA will be charged 20% of the refunded amount by Shopify. 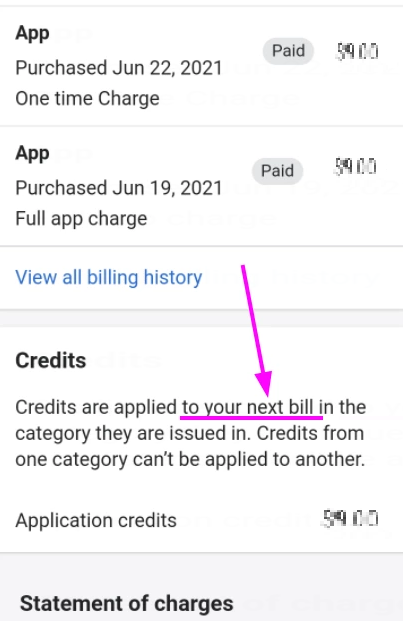 4. Refund with PayPal (not advisable)In the past, AVADA gave refunds directly to merchants' PayPal. But ever since Shopify released the feature of the refund button on Dashboard (mentioned in the first section of this document), PayPal refund is not suggested anymore.

Was this article helpful?